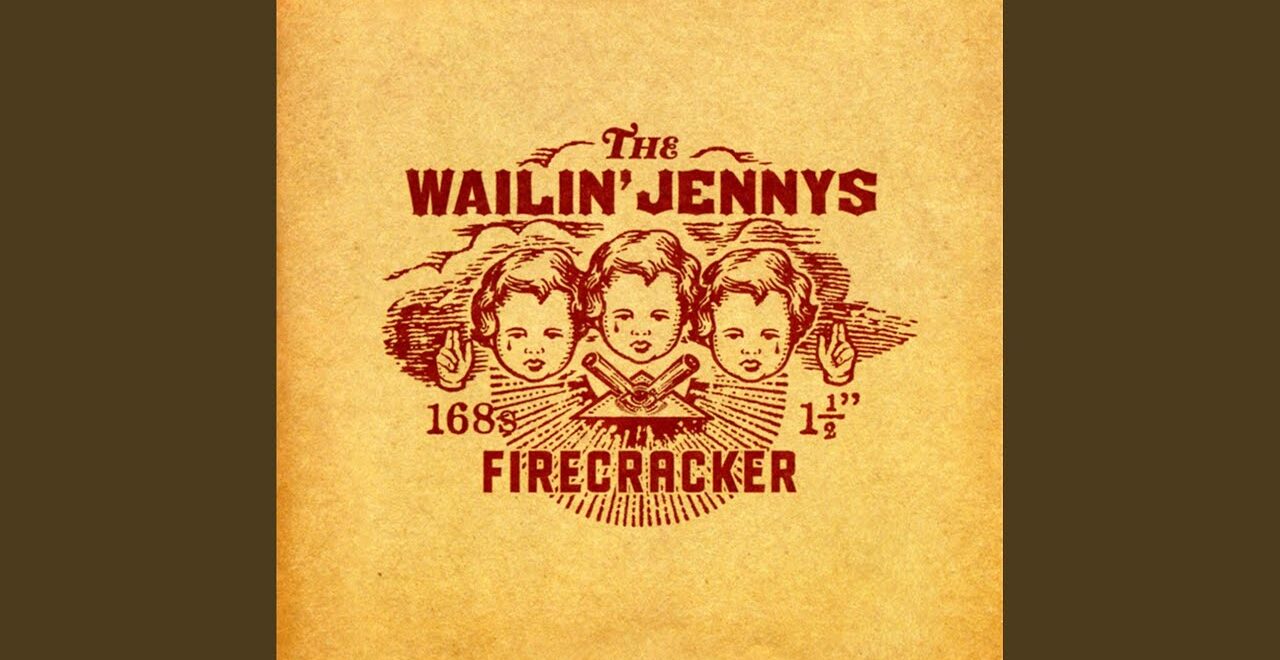 Sermons represent copyrighted material and are not to be reproduced, transcribed, or used in any form without the permission of Rev. Chris Moore or the speaker for that day.

(prior to the sermon, the song Apocalypse Lullaby by the Wailin’ Jennys was played)

What’s the deal, pastor? I just barely got done digesting the meal from Thursday and I’ve come here to settle into Christmas, not hear about the end of the world! And yet, here we are. I’m not manufacturing these scripture lessons, you know, this is what the long tradition of the big capital “C” church, in all of it’s wisdom, lays out for us in the series of readings churches all over the world are using today – the lectionary.

It is the Reign of Christ Sunday, actually new year’s eve for us in the church calendar. We start a whole new year, from the point of view of the lectionary, next Sunday, December 2nd, the first Sunday of Advent. Christmas is just around the corner. I wonder why then, in the mass of holiday shopping, the office parties, the family gatherings, the special dinners, putting up decorations and turning on lights – all the excitement the seasons generates – that the lectionary organizers want us to hear these apocalyptic words about vengeance and foreboding? Now, you might be thinking to yourself, have you ever been to the mall on Black Friday, pastor? How about the 3rdoffice party in as many nights? You might be seeking the end of something after all that!

These words are here to remind us, just before we begin the 4 weeks of Advent before Christmas, that the birth is only part of our story. There’s a little drama that’s going to be played out over the next 4 weeks, and it’s an episode you’ve seen a thousand times. It’s like those handful of movies – Field of Dreams, Silverado, Tombstone, the Hunt for Red October – that I always watch if they come on, though I’ve seen them a thousand times. We already know the story of Christmas, we know the stable and the wise men and the baby born in the manger. It’s not a surprise, but we listen to it each year because it helps us to remember that our tradition makes this strange claim – that God loves us so much God came to us in the flesh, as the most vulnerable thing, to live lifewithus. It helps us to remember that hope can come in the smallest and least likely of places, and that is very good news, indeed. And it fills us with the sense that we are not alone still – that justice and righteousness are shaping our world, as if a ruler, some kind of king, were dictating it. This king sure seems quiet, I know.

We often avoid these apocalyptic stories, I know, because of how they’ve been warped and manipulated to support a single interpretation heavy with the implication that Christ is coming again to smite the bad guys, who are always the same people we hate. But that’s not the whole story. We also wait, the tradition tells us, for Christ to come again and to rule over us like a benevolent king, exchanging the kingdoms we know with the kin-dom of God. In fact, the tradition calls this Sunday “Christ the King” Sunday. It was a term decreed by the Pope as dictators were rising to power at the turn of the last century and the Roman Catholic Church wanted to remind it’s adherents that their allegiance was to something bigger than the authority of the state. Boy, did that end up being more radical an idea than I’m sure the Pope intended.

We don’t use “Christ the King” here at Fellowship, not only because it’s a very patriarchal metaphor, but also because it is an inert one. We live in the United States which has never had a king and kicked the only one to rule over these lands out in a revolution. Why would we want to name Christ King? But I do want us to pay attention to the metaphoric mechanism at work here. The framework of Revelation and Luke are both from a world that knows all about kings, some better than others. It’s a world that knows power through the office of king, and imagines what it might be like to have someone with Jesus’ integrity and love in that position of power. It imagines a king like none they have ever known, a power greater than they have ever known. And while we can’t just pick that up raw, because metaphors are contextual, we can identify with a power greater than our own political systems…at least I hope we can. Because now, back in our own context, we still have to understand power, how it works, and from where it comes. And we can still make a claim on God’s power, known in weakness, and how different it’s demand is on our lives, our actions, on how we treat ourselves and one another.

This is why there are these titles for Jesus. We say it different ways – God incarnate, the Son of God, part of the Holy Trinity, God of true God, all of that and more. We say Christ, though we most often say it like it’s his surname – Jesus Christ, like Walter Johnson. It’s a title, given to someone at a time in which titles really mattered. They mattered so much that his followers, giving us what we call holy scripture, chose to use the same titles found all around them – Son of God, King, Savior of the World. Those were titles that belonged to Caesar. They were the titles of a dictator, a King with a powerful army whose motto was, “Peace through Victory.” The Roman Empire was built on control, dominance and authority by despotic rule. Caesar fought hard to keep a class system in place, to control borders and dominate wealth in the hands of a few, lifting up high ideals with rhetoric and failing to demonstrate them with actions. It was a “my way or the highway” approach, with little regard given to how it looked or whether or not there was even the appearance of integrity. The strategy was accumulation, at any cost to other human beings. The rule was by fear – and if you crossed Caesar, then you were attacked. Period. Unfortunately we do not have a current political example to give of such tyranny. That would be very useful as Christmas rolls around again and we witness once more the birth of the system that was put in direct confrontation to the Roman Empire.

See, I know what Christmas means out there, but I’ll tell you what it means to me in here. This is the announcement again of a new world, one where love has come to live amongst us, justice is breaking out all over and peace means something far more than the absence of conflict. It means the baby is being born again, hope arrives and the world is about to turn, but I’m getting ahead of myself. It’s easy to do when you already know the story. When Field of Dreams comes on, I start tearing up before Kevin Costner ever turns to his father and says, “Hey dad, wanna have a catch?” Hits me every time, though I know it’s coming. Maybe that’s why the lectionary organizers wanted to distract us with powerful images this morning. Maybe they know that we’ll be already on the downhill run towards Christmas, before December ever starts. Maybe they know that the lights have been up in some place since before Halloween, that some gifts have already been stuffed under the beds and deep in the closets. Maybe they want us to be aware, for we live in a post-Christmas world, despite the fact that we put on this little show each year, acting like this is all new. The baby has been born. The love has lived among us. This reign of God’s justice and righteousness has begun.

On Friday, I stopped by the New Sanctuary vigil at the county jail downtown, now in it’s 76thconsecutive week at noon on Fridays, to bear witness to the people being held at David L. Moss on ICE holds. Many of them are not even from Tulsa, but housed here because of our county’s agreement with ICE to be a detainment center. We sing and we pray as we see injustice done in our names and it can be difficult to find hope, for the system is quite broken. But we tell stories of people impacted by ideological and political decisions. We make connections and lend aid and sometimes even purchase a bus ticket or a phone that makes all the difference. A tiny gift. And hope is born again.

I then went a few blocks away to a celebration of the life of Dr. Olivia Hooker who died on Wednesday at the age of 103. She was the last known survivor of what is often called the Tulsa Race Riot of 1921, but which, as Dr. Hooker said many times in her life, better referred to as a massacre. No one rioted, she recalled. They were targeted, terrorized, massacred. Hundreds dead. Thousands homeless. Arguable the most prosperous black community in the nation burned to the ground in what many speakers recalled as an act driven by economic and social motivations, with a layer of racism used to justify, to excuse, to warrant. Dr. Hooker managed to survive that attack, to thrive in a world that did not want her to thrive, and to live a life of distinguished dignity, always demanding justice and seeking reparations for a great crime visited upon her, her family and her community. Her life might seem small to some, but it was not. And in her voice, hope is born again.

These are not texts of prophecy forecasting the end of the world. They are announcements of a new world – here and not here. They are defiant, steadfast, even foolish declarations in the face of often overwhelming evidence, that there is a greater power, and it isn’t Caesar, it isn’t the King, it isn’t the Dictator or Chancellor or the President. These hard words are often dismissed by us because they’ve been warped like so much of our Bible to serve the very thing they resist. But they can inspire us just as they have the liberation movements in Central America and the solidarity movement in Poland. They are examples of how the idea of hope, generously and extravagantly spread around, can actually generate hope in the darkness.

If we can picture something that isn’t here yet, to reach for something that does not seem real at all, and to imagine ourselves guided, even supported by something larger than just us, then perhaps we can locate ourselves on this long arc that is bending towards justice. Maybe not in our lifetimes, nor our children’s, but bending nonetheless, as if guided by a force that is unstoppable, that is unavoidable, that is setting the course from someplace bigger than where we are. For there are times we must expand our lens out to it’s limits – the widest angle possible – while we engage with the critical and seemingly small task of being light, entering the world as a small spark of that divine energy, a small gust that is part of a larger front, one heart in the middle of a brutal world. What difference could that make? What could your small act of kindness possibly do in a world so broken? It’s a tiny gesture, meaningless, weak and fragile….like a baby, born in a manger.